I never intended to write a book about my life. People who were familiar with things I had done always expressed fascination with my life and told I should write a book about my experiences. Two of the most persistent of those friends were Chet Flippo and John Harricharan. Finally in the ’90s, young people seemed to discover JFK and upon hearing of my association with that part of history, began to seek me out with questions.

My daughters, Julia born in April 1963 just before JFK’s death and Joanna born in 1965, both began to inquire of my past since I rarely spoke of my Secret Service days. I was their hero because of my association with the Rolling Stones and that was not the way I preferred to be remembered.

Finally, in 1999 I decided to write a book for my family only, to preserve the important historical events I witnessed. It was never intended to be published.

Events surrounding the assassination had been blocked out of my mind for so long I had a difficult time recalling specific facts. I called the National Archives which housed the Warren Commission files on the assassination of JFK. I asked to speak to the person in charge of the documents, and a young lady, named Martha Murphy, came on the phone. I expected to be given a difficult time, instead when I told her my name she replied that she knew exactly who I was. I asked to examine the files that I had participated in and she said they would be ready for me when I arrived.

My friend John Bennett, a retired Washington, D.C. political journalist, agreed to assist me in the research and when we arrived at the Archives they rolled out 15 file boxes on a cart for my examination. The Archives staff was helpful and allowed me to examine any evidence I wished. John Bennett held my hand through several long days of tedious research and for that I am thankful and indebted to him. The photos and exhibits relating to the assassination that are reproduced in this book are courtesy of the National Archives. I believe they are a vital link to the events of that tragedy.

Because I was living events and had no real overview about their historical significance, I have relied heavily on the words of such authors as William Manchester, Ted Sorensen, Ben Bradlee, Arthur Schlesinger, Jr., Nina Burleigh and others who provided a far broader scope of the events around the assassination and the landscape of the ’60s than I ever could. We have attempted to be diligent in giving proper credit to these authors for their material. Over the years, friends have given me numerous books on Kennedy, most of which I never read until we began this book project. Because we were attempting to paint an accurate picture of the landscape of the era, we would, on occasion, include facts taken from books without remembering their exact source. If we have inadvertently failed to properly acknowledge words taken from other authors, I sincerely apologize.

By the same token, my friend Chet Flippo tells the story of the Rolling Stones so eloquently that I have borrowed liberally from his fascinating book. Chet is one of the greatest storytellers I know, but I still can’t believe I did all the things he credited me with in his saga of life on the road with the Rolling Stones.

Reliving these events was excellent therapy for me as I now began to open up and talk about the subject of the assassination for the first time without breaking down emotionally.

As I began to dig through the JFK and Rolling Stones files, it occurred to me the interest others might have in some of the historical events of my life. A call to Bill Maher, formally Steve McQueen’s financial advisor and an old friend of mine, provided even more encouragement to write a book for public consumption. Not all the events are of historical significance as they are humorous. Whatever, it’s just my life as I lived it!

Ruth Montgomery, a White House reporter during the Kennedy years, best-selling author and later my treasured friend, used to tell me I was one of the most spiritually open persons she had ever met. She suggested my openness invited kindred spirits to seek me out. I write of some of these experiences. Through prayer I have always opened my soul to spiritual guidance. John Harricharan taught me to pray all the time, on an elevator, when bored on an airplane, driving, or anytime I had a moment to focus on prayer rather than waste that time on idle thoughts. It worked for me and I began to pray more and always ending by asking for spiritual guidance.

Try not to be too judgmental as you read about some of the things I have done. I have simply tried to represent myself to the best of my ability. I am not Yale or Harvard educated — I wish I was. I always felt at a disadvantage and simply had to use the gifts God provided me. I’m sure there is a reason for the obstacles God placed before me and I hope I have passed some of the tests. I remember once a client calling me at 3:00am. When I answered, he paid me the supreme compliment a lawyer could receive when he said he knew that he could always depend on me being there when he had that one phone call. My uneducated parents taught me no prejudices and to treat everyone with respect and dignity. However, the most important things they taught me were honesty, integrity, hard work and dependability. I hope I have not failed in these endeavors. 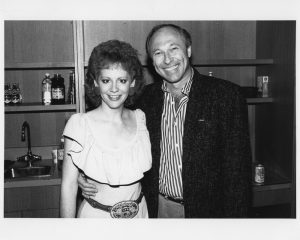 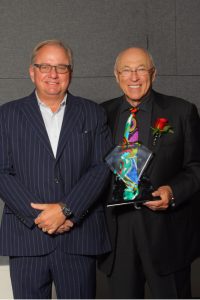