“Ladies and Gentlemen, we have begun our final approach into the Dallas/Fort Worth Airport.”

The announcement from the flight attendant startled me from a light, fitful sleep, and I eased my seat into an upright position, rubbing my knuckles over my eyes to remove the last traces of the weariness that never fails to overtake me on the four-hour LA to Dallas flight.

I stretched my cramped legs into the aisle in an attempt to remove the kinks and felt for the ends of my seat belt.

“Mr. Carter,” a man’s voice accompanied the brief touch of a hand on my shoulder. My Secret Service training leaves me a little suspicious when I unexpectedly encounter the captain of an aircraft singling me out as this one just had. “You are Mr. Carter, aren’t you?” the captain repeated.

“I am,” I affirmed, somewhat warily.

“We’ve been contacted by the ground crew in Dallas,” he began. “As soon as we’re on the ground, you have been asked to call your home in Little Rock. This is an emergency, but they asked me to assure you that it’s not a family emergency.”

Even with the captain’s reassurance, there is still something alarming about receiving an emergency message from home when you’re 30,000 feet in the air with no recourse but to endure the interminable wait until the plane lands, taxis to the gate, and all preparations for landing are completed. And on my best day, I am not a patient man.

Ignoring the polite requests from the flight attendant to wait until the plane had taxied safely to the gate before rising, I shot out of my seat as soon as we stopped moving and was first in line when the gate agent swung open the door to the cabin. I practically sprinted up the gateway, and spying a pay phone to the left of the gate desk, I raced to it. My wife, Jan, answered on the second ring. “What’s wrong?” I barked.

“There’s some kind of emergency at the office, and Kathy wanted you to call the minute you landed in Dallas,” Jan replied.

I slammed the phone down on Jan and checked my watch to see how much time I had to get to the gate for my connecting flight home to Little Rock before placing a collect call to my legal assistant, Kathy Woods. Since it was after business hours, I reached Kathy at home, and she immediately answered.

“Bill, Keith and Anita have been arrested in Canada in connection with drugs,” she said. Although it wasn’t pleasant news, it didn’t exactly constitute an emergency. My celebrated clients, the Rolling Stones, the most famous rock and roll band in the world in that year of 1977, had been plagued with run-ins with the law before, especially Keith Richards. Any time rock and roll was mentioned, it was always rounded out with “drugs, sex, and rock and roll.” This was nothing we hadn’t dealt with for the past five years, and I reminded her of that. Cops around the world laid in wait for the Stones to see who could bust them first.

Her next words, however, chilled me to the bone. “It’s really bad this time,” she stressed. “They had enough heroin that the Mounties got them for intent to distribute. They’re talking prison, Bill, and you know what that means.”

“Peter Rudge called,” she was almost whispering. “They’re scared, Bill. If Keith goes to prison, there is no more Rolling Stones. Rudge said Mick Jagger had two words to say: ‘Get Carter!'”

Damned if that wasn’t the story of my life. 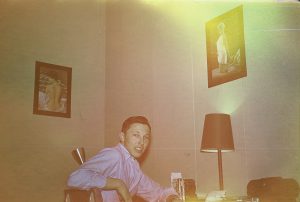 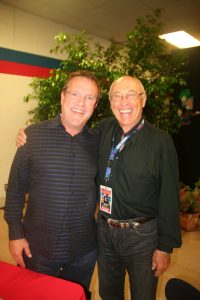