I RECKON EVERYONE WHO EVER met Bill Carter remembers vividly that first meeting. Mine was at Tavern on the Green, the ritzy restaurant in Manhattan’s Central Park, at a reception for William Lee Golden of the Oak Ridge Boys, shortly after I moved to New York in 1982.

I was introduced to Bill by Kay West (she was publicist Kay Shaw then, now she’s a terrific journalist) who told me he represented William Lee.

“So who else do you represent?” I asked. I’m sure I was already struck by Billy’s deceptively relaxed demeanor (and yes, some of us do call him Billy, if not just plain Carter). I know he had that customary gleam in his eye and that good old boy grin that might have been completely disarming had he not also flashed his extraordinary sense of self-awareness and confidence. And I’m sure my jaw dropped when he replied so casually, as if they were some local boys from Little Rock, “Oh, the Rolling Stones.”

By then, Carter was more of a ticket master for the Stones than the guy who got Keith Richards out of Canada when he was busted there on a heroin charge, as our friend Chet Flippo recounted in his classic rock book On the Road with the Rolling Stones. But he still looked bigger than life, as he has ever since, the only man I’ve ever known or ever will know, I’ll bet who could be described that way.

I would later learn of his Secret Service background and JFK (I love telling people how I know with certainty that Oswald acted alone, since my friend Bill Carter told me so!), not to mention his experiences with the likes of Steve McQueen and Peter Tosh and how he took Reba McEntire to stardom which I witnessed first-hand. I also saw him take two of my favorite artists, Jo-El Sonnier and Rodney Crowell, to the peaks of their careers. Much later Bill helped me with my own book (a biography of the pioneering punk band, the Ramones) and introduced me to Bill Gaither and his southern gospel organization—one of the most spiritually rewarding professional relationships I’ve enjoyed, though I remain a devout atheist, much to Bill’s and especially his wonderful daughter Joanna’s unending dismay.

But you shouldn’t necessarily read too much into that, my atheism, that is. We were celebrating Joanna’s birthday at lunch some years ago, and as so often happens, everyone present expressed their concern over my spiritual shortcoming. “I can’t understand how you don’t believe in a higher power,” said Joanna, flustered as ever. “But I do believe in a higher power, my dear,” I said reassuringly, then paused dramatically for effect before looking at her father and testifying thusly: “Bill Carter!” His response? That customary gleam in his eye and that old boy grin.

One last thing I remember about Billy that bears relating. Judi Turner once said how he doesn’t show everyone his extraordinary kindness and compassion, and I know, more than most, how true that is. God knows, he can have a gruff, intimidating exterior—and he’s probably the last person you want to get on the wrong side of. Indeed, there have been way too many times he’s shook his head at me with his fearsome glare of disapproval. Yet there is no man I’ve ever known—or ever will know, I’ll bet—with a bigger heart than Bill Carter. 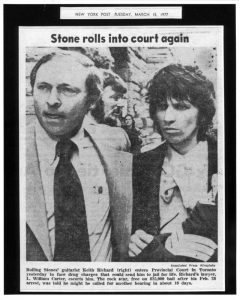 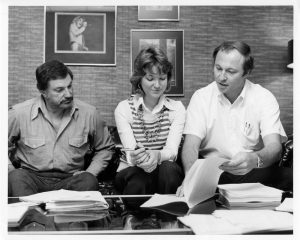