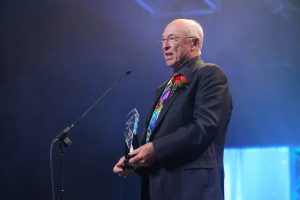 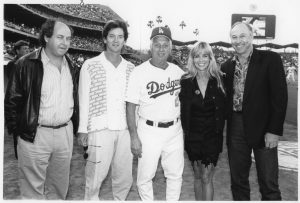 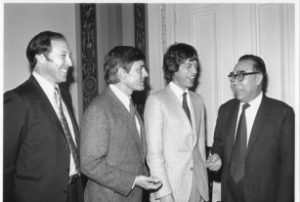 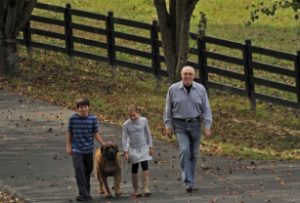 The way that we tell and leave the History to next generation, it depends mainly from his primary sources, their credibility,
their vision of the facts and if they witnessed the events that they are proposing to add their insight. Bill Carter is rare
combination of all these premises combined. His credibility speaks for himself, and if his recent induction into the Arkansas
Entertainers Hall of Fame is not enough, we have his conduct, his devotion and love to his fellow human being throughout his
life to set as an example.The second half of the XX Century, is rich in events, with their influence still going strong in
our daily lives. Bill Carter is one of the few individuals to witness with his own eyes some of the most important events
while standing side by side with some of the characters that build and shaped our world, from Kennedy to Mick Jagger. From
his days as student, fighting to keep his dream real, working hard, to his experience in the Secret Service, by the time of
the tragic murder of President John Kennedy, making part of the federal investigation team of the crime that shook the world,
and then years later, as a lawyer, saving twice, 1975 and 1977, Keith Richards from long time sentences, and subsequently
saving the Rolling Stones to finish their brilliant career prematurely , Mr. Carter autobiography “Get Carter” is a true
account of all this unique firsthand experience of a rich life full of events, that only a handful of persons had the
privilege to witness.

The first time that I heard about Mr Carter was throughout the Stones fans forums and found out about his amazing life and
the respect that he has among the Stonemaniacs, mainly because he saved our hero Keith Richards from jail twice.

When I read his book, which I proudly have a signed copy, and I was taken away by all the honest and insightful description
of what was a rollercoaster of events, that crosses four decades, enlighten you and debunking some myths, like the JFK assassination.
You can think that is a work of fiction, because it involves spies, Presidents and Rock’n’Roll royalty, but it isn’t…
just a great life from a great man…I couldn’t stop reading it…

I decided to contacted Mr. Carter, in 2010, while I was writing my book, The Rolling Stones in Portugal, I send him a email asking
if he could write something about the Stones…well, hours later I had the confirmation that Mr Carter really cares about you and me,
answering me back and giving me another vision about the Rolling Stones…and that vision was the freedom that Stones gived to us.

Get Carter is the loving proof of what a man with character and values can do. If John Kennedy, Mick Jagger and Keith Richards
trusted him with their lives…so should you too.

JFK, The Rolling Stones, the founding of FedEx, Reba, Steve McQueen – ever wonder what it would be like to be there, behind the scenes, when history is being made? Take a wild ride with Bill Carter and find out! This book is packed with stories from the inside, glimpses of what some of the most influential people in the last half century are really like when the spotlight is off. This book proves the old adage “truth is stranger than fiction” as it follows the fascinating career of Bill Carter, a true maverick and one-of-a-kind personality. Carter’s tough minded, get it done now attitude and his dealings with celebrity clients (with a bit of theatrical deal making thrown in for good measure) makes for great stories that will grip your attention all the way through the book.

By Tennreader on August 10, 2010
Format: Paperback

I loved this part-biography, part how-to-succeed in the entertainment industry. Bill Carter, who worked with the Rolling Stones and Reba McEntire and worked on research for the Warren Commission’s investigation into President Kennedy’s assassination, is one guy you would want on your side if you were ever in a fix.

The best chapters describe how Carter was able to keep Keith Richards out of jail in Canada and how he negotiated the release of Steve McQueen’s body in Mexico. This is a real behind-the-scenes look from an insider’s perspective, one that isn’t gossipy but very instructional on how to handle people.

Everyone should have a Bill Carter on their side. If that’s not possible, they can at least get to know him through this book.

Reading Bill Carter’s book was like traveling through a time warp with stops at many of the important historical and social events that make up the history of the last half of the Twentieth Century. What an enjoyable ride! Bill Carter is a true American original. A fascinating personality.