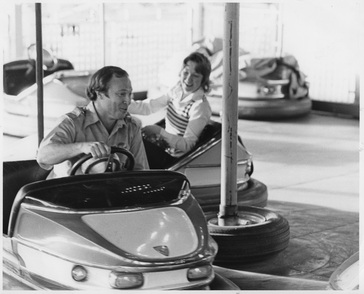 Personal Bookings & Interview Opportunities
Bill Carter is available for speaking engagements and interviews by arrangement only.

Interview Bill Carter
One of the most quietly influential people in recent American history, Bill is the real thing! A modern day 007. A government super agent.

Enjoy an electrifying side seat on the roller coaster of real life as you hear new revelations about American celebrities and politicians told in autobiographical chronicle by former US Secret Service agent and Nashville Attorney Bill Carter.

His life and the tales he tells read like a first class techno thriller filled with globe trotting adventures with real worlds in collision type conflicts between larger than life political figures and musical celebrities, damsels in distress, criminal villains and the secret and relentless grinding of huge government bureaucracies.

You’ll think you are interviewing a character right out of a John Grisham novel — Only this is real life and you’re talking to someone who is giving you a window seat onto the events and the lives of some of the people who have been a part of most historic and significant events of the late 20th Century.

His story is told in the new book Get Carter: Backstage in History from JFK’s Assassination to The Rolling Stones, (Fine’s Creek Publishing written by Bill Carter with Judi Turner). Here is a book that is part memoir, part history, part novel that in total is perhaps one of the most important books to hit the streets in years. A remarkable story teller — Ask and you shall receive insights from the life and times of Bill Carter. Bill Carter is a remarkable man of many talents, who has been right there helping solve the personal problems of famous people over the past thirty years.

Just a down home country boy … who grew up in the small town of Rector Arkansas, went to law school and got jobs in southern politics, and then joined the Secret Service and served under President Kennedy and Johnson. He got to be a witness of historical moments…. He was there for the Warren Commission investigation of the assassination of John F. Kennedy in Dallas and interviewed many of the key subjects.

Ask Bill and you will be able to share the fascinating, excitement filled, detailed insiders look into the lives and mysterious world surrounding some of America’s best-loved personalities and events. Bill Carter spends most of his time on his forty-acre farm outside Nashville on the Cumberland River with his lovely wife, Marlow.