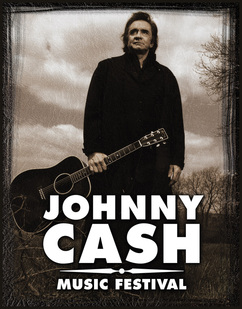 About The Festival and Bill’s Involvement
This history-making event came about through a serendipitous conversation with Arkansas State University alumnus Bill Carter, a television producer in Nashville, during the Homecoming festivities at ASU. When Bill learned that his alma mater was attempting to acquire and restore the Johnny Cash Boyhood Home in Dyess, he immediately agreed to produce a benefit concert, provided that it met with the approval of the Cash family.

The Cash family not only endorsed Bill’s idea, but Rosanne Cash and John Carter Cash offered to help plan the festival and co-host the concert. The artists in the inaugural line-up donated their time, and numerous sponsors contributed to travel expenses and production costs, meaning 100 percent of the ticket sales went to the Johnny Cash Boyhood Home Project.