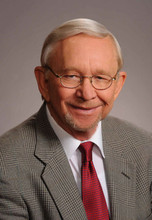 Bill recently lost one of his lifelong friends at the passing of music journalist Chet Flippo. This article by Jim Bessman chronicles Bill and Chet’s work together.

“Chet Flippo, one of the most respected music journalists of his time, died today in Nashville. He was 69.”

“Bill Carter, the legendary Rolling Stones tour attorney/country music manager whose Stones exploits were lauded in Keith Richards’ best-selling memoir Life, was a frequent focus of Flippo’s writing, particularly his 1985 book “On The Road With The Rolling Stones”.

‘When I first met Chet on the Stones’ 1975 tour, everybody warned me to stay away from him!’ recalled Carter. ‘He writes the truth,’ they said.'”

You will be missed, Chet.

Read the entire article at www.examiner.com